Make your own Fourth of July decor with a unique American flag made from tile scraps. It’s a quick and easy holiday decor project.

This post contains affiliate links, which means that I earn a commission if you make a purchase using these links. The price you pay, however, will not be affected. Thank you for supporting To Work with My Hands by using these links when you decide to purchase these products. View my full disclosure here.

One of the perks of being a DIY-er is that your friends know just who to give their random and seemingly useless things to.

How I Ended up with a Box of Tile Scraps

A few weeks ago my sweet friend who gifted me with some used couch springs and vintage canning jars last year called and said she had something she thought I might want.

She and her husband had recently had some new tile put down in their home and when the installer cut pieces to fit, he threw the excess into a “trash” bin in their yard.

Being the insightful person that she is, my friend decided those random pieces of leftover tile might be useful and called me up.

And being the curious person that I am, I decided I had to take a look and see if I could do something with them.

This is what she shared with me:

A few pieces had splotches of adhesive, but I was intrigued because these were heavy, great-quality pieces of tile.

While picking through them, I noticed there were several “sticks” that were the same width and length.

And those “sticks” reminded me of “stripes”.

A single square piece closed the deal for me. I’d make an American flag! (This, by the way, is the back of the tile. There’s really no explanation for this other than…I laid them down backwards – face palm moment.)

How to Make a Flag from Scrap Tile

First, I picked out the best pieces and cleaned them up. Construction is dirty work and these tile scraps had plenty of dust to prove it.

Underneath all that construction dust though was gorgeous grey barn wood tile. The more I admired it, the more I hated to cover it with red and white paint.

While I was cleaning up the last tiles and testing out the pattern arrangement, our 19-year old stopped by on his way out to see what I was doing.

Most of our boys aren’t usually too interested in my projects – unless there’s food involved. 🙂 But this one is different. He’s the very same son who texted me earlier this spring to say he thought the front yard looked really pretty with all the azaleas in bloom – as he headed out. Teenagers always have places to go!

“What do you think it is?” (Blatantly obvious to me, of course)

“I’m going to paint the stripes red and white and paint the square piece blue, then add some stars.”

That’s when it happened.

He stood still, this “I’m headed out” teenager. He got that look in his eyes that told me he was really focusing in on this project and something was brewing in his mind.

“What if…you know that hat I have with the American flag that’s kind of faded…almost like a black and white?”

“Why don’t you paint it in shades of grey, maybe a light and dark…kind of like the flag on my hat? I mean, it’s your project and all and you should do what you like best, but I think that would look cool.”

Something like a millisecond passed while my brain processed what he was saying and it changed everything. THAT was exactly what I wanted to do. I could, in a round-about way, keep that pretty grey barn wood finish.

So the “headed out” teenager went on his merry way, a cherry mom hug riding on his shoulders.

Now with the tinting idea going, I used one of my very favorite paint techniques: paint staining.

Using a small amount of paint on a paper towel, I swiped it over the tile strips, just enough to transfer the color, but allowing much of the faux grain to show through.

For the square, I blended the two greys together, along with a little soft blue.

Michael’s has these really cute little wooden stars, and I gave them a white base coat, followed by a glittery silver top coat of paint.

My original plan was to glue the tiles together and attach some means of hanging them on the wall of the front porch. I didn’t get very far into the project when I realized that probably wasn’t the wisest idea. These tiles are heavy, and I couldn’t imagine what it might take to hold the finished project on the wall.

So, as often is the case, I modified my plans and decided to mount them to a piece of plywood instead. I found a nice pre-cut piece at Lowe’s and painted it white, [amazon_link asins=’B00NFJ3SJS’ template=’ProductCarousel’ store=’toworkwithmyha_plugin’ marketplace=’US’ link_id=’f820ff8c-701b-11e8-884f-97461d07075c’] then clear coated both the board and the tiles, and attached everything together with construction adhesive.[amazon_link asins=’B003T5ALZC’ template=’ProductCarousel’ store=’toworkwithmyha_plugin’ marketplace=’US’ link_id=’087c6605-701e-11e8-a61a-09054f33fa1f’]

Some patriotic words cut with my Maker was exactly what it needed to add a punch of color and balance.

Even Barney is feeling more patriotic now in his casual cat kind of way.

If you enjoyed this post, you may also like Cricut Maker How To: DIY Stencils {An Easy Decor Project}. 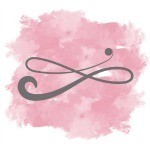 Join the newsletter and get exclusive subscriber extras:

Success! Now check your email to confirm your subscription.

« How to Flip Furniture: Yes, You can do This!
5 Quick and Simple Ways You can be Creative »

To Work with My Hands is a participant in the Amazon Services LLC Associates Program, an affiliate advertising program designed to provide a means for sites to earn advertising fees by advertising and linking to Amazon.com.